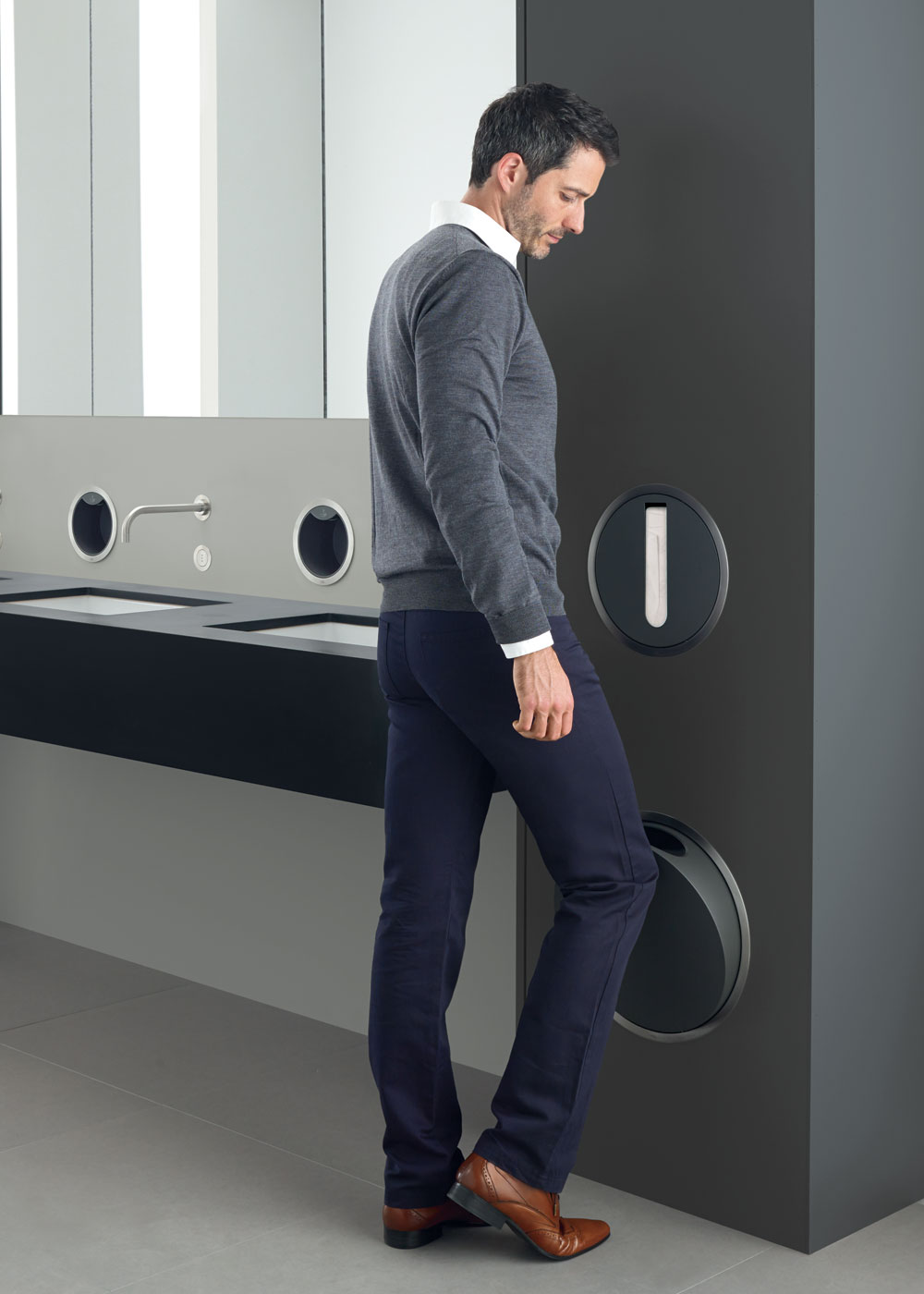 VOLA Round Series won the award “Best Product of the Year 2011” in its category at the Plus X Award contest. Furthermore the VOLA Round Series won the seals of approval in Innovation, Design and Functionality. The Plus X Award – prize for innovative Technologies, Sport and Lifestyle products – honors manufacturers for the quality advantage of the products. The jurors are more than 130 renowned, industry neutral personalities and trade journalists.

Furthermore the VOLA RS1, built-in waste bin won the GOOD DESIGN Award as
awarded by The Chicago Athenaeum: Museum of Architecture and Design. Founded in Chicago in 1950 GOOD DESIGN remains the oldest and the world’s most recognized program for design excellence worldwide.

The VOLA Round Series was first launched at the international sanitary fair ISH in Frankfurt in March 2011. The first products in the new Round Series, a bathroom waste bin and paper tissue dispenser, are designed for the bathrooms of prestigious houses and luxury apartments and can also be specified for washrooms in hotels, restaurants, office buildings and cultural destinations such as galleries, museums and theatres.
Under the headline “Celebrating continuity – celebrating change” VOLA translates its design DNA into new products for the bathroom. The founder of VOLA Verner Overgaard introduced the idea of hiding the technical parts in the wall. This idea is taken as the starting point also for the Round Series. The circle as a geometrical shape is a key element of the VOLA design, and with the new products the circle is translated into new dimensions. Based on the classic VOLA design the new products have a ring enclosing a cylinder.

With its new modular design concept of a built-in waste-bin and paper tissue holder VOLA offers new creative possibilities to work with space and materials in the bathroom. By combining the texture and colour of the wall and the choice of finish of the outer rings and colour of the front plate the architect or interior designer can create individual and extraordinary design solutions.
True to tradition, the VOLA waste bin is unobtrusive, with the less aesthetically pleasing elements built into the wall. It can be opened by gently pushing the front with a hand or knee. The open / close mechanism is smooth and silent.
The second new member of the VOLA family is the paper tissue holder. The cylinder holds up to 100 paper tissues. A concealed spring makes sure the tissues are always pushed to the front. Washroom staff can easily see if the dispenser needs refilling and new paper tissues can be simply inserted by pulling the cylinder forward.

The Round Series is designed by aarhus arkitekterne A/S. When they were designing the VOLA Acad¬emy aarhus arkitekterne were asked to design a new series of free-standing mixers as well as a new towel warmer. For the VOLA Acad¬emy Aarhus Arkitekterne also developed an interior design concept for the display of VOLA products that is used in the VOLA showrooms in Amsterdam, Copenhagen, London, Vienna, Munich - and Brussels that was opened in June 2011. This is an example of a “Gesamtkunstwerk” – of a holistic approach to architecture and design where the various disciplines are integrated to form a unified whole